Beer Aficionado 101: Main Beer Types and What Makes Them Unique

Article
New!
June 25, 2020
1. India Pale Ale (IPA)
IPAs are becoming a bit of a cliché beer nerd reference now, but that’s only because they spent the last five years ascending to the height of popularity among craft brewers and beer fans. The IPA is popular for its intense, hoppy flavor, which can verge on spiciness and its relatively high alcohol content. Both of these features are highlighted even further in double or “Imperial” IPAs, which include even more hops and typically a higher ABV. You can smell these beers coming from the hoppiness, but the pale color is another clue that you’re looking at an IPA.

2. Stout
Another form of ale, stouts are very popular in Ireland and other cold countries. They are thicker than the average beer, perhaps explaining why they aren’t as big of a smash in countries where the temperature is higher, but if you’ve ever had a freezing cold Guinness, you know what the 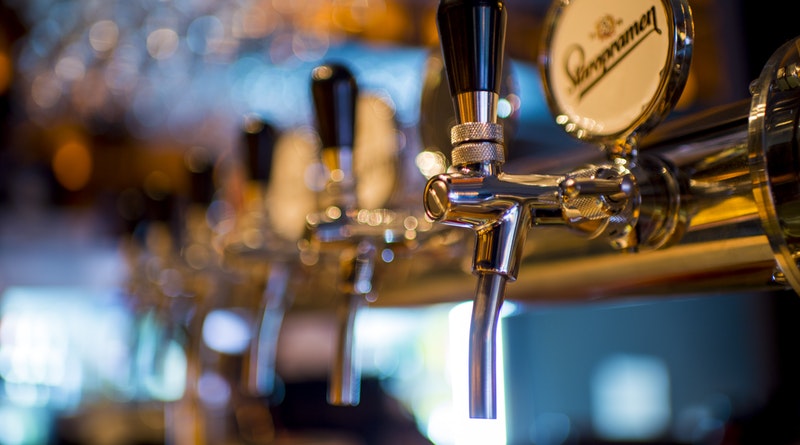 stout’s about. These dark beers use roasted barley and can have flavors of chocolate or caramel. Peanut butter stouts are even starting to make an appearance at breweries across the US. Stouts are on the lower end of the hop scale.

3. Pilsner
The world’s most popular style of beer, this light yellow colored lager is what the dominant American brew, Budweiser, attempts to approximate. But craft brewers have come a lot closer, making versions of the slightly hoppy, smooth, refreshing pilsner that can far surpass a Bud (or Bud light) in many drinkers opinion. Pilsners are usually paler than ales and are among the smoothest beers, with a medium body and not much head.

4. Hefeweizen
This wheat beer is making waves in the craft scene, due to its flexible flavor, which combines well with orange, lemon, and other citrus flavors. Hefeweizen has a notably yeasty flavor and is quite filling; drinking two or three can leave you feeling like you’ve had a half a loaf of bread. Still, they’re popular and delicious. Keep an eye out for hefeweizen on the menu if you want to try something authentic and challenging.

5. Amber Lager
The Pennsylvania craft beer ,Yuengling, has been spreading to other areas, popularizing the malty, dark style of beer called amber lager or simply amber. Amber lager can take many forms, with different breweries producing vastly different forms of the brew, so it’s not necessarily a safe bet if you have a less-than-adventurous pallet. But, if you’re becoming a beer snob and want to evaluate a brewery, see how they do an amber and you’ll have a pretty good grasp of how they operate.

Wine connoisseurs are no longer the only ones discussing the “nose” or “mouthfeel” of a beverage; the vocabulary around beer has evolved as well. Armed with the basic knowledge of these styles, you can get started exploring the world of beer. Cheers from your friends at SpeedWash Car Wash!